Bats are Essential to our Environment
Bats are protected and are on the endangered species list
Bats have a voracious appetite for troublesome insects.

Bats in Your House or Attic?

B&B Wildlife Removal Services understands the importance of bats to our environment. We also understand that you don’t want them living in your home or attic. They then become a harmful nuisance and health hazard especially due to the guana (feces). They also create a great deal of damage to your home. We humanely trap the bats and relocate them to a safe place, therefore protecting our environment and the species while ridding your home of the hazards bats can cause. 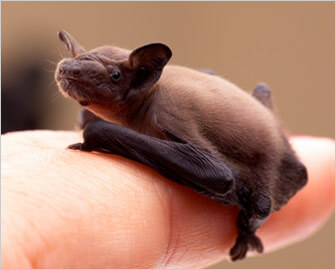 Interesting Facts on Bats and Their Importance to Our Environment:

Myths About Bats – True or False?

You cannot get rabies from just seeing a bat, from simply being in a room with a bat or from contact with bat guano (feces), urine or blood. And the vast majority of bats do not have rabies. In the United States from 1995 through 2009, an average of two people per year have died of rabies associated with bats. A bat that can be easily approached by humans is much more likely than other bats to be sick, and it may bite if handled. Do not touch or handle a bat or any other wild animal and there will be little chance of being bitten. Teach children to never handle any wild animal. 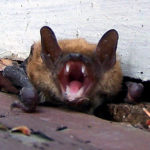